“Friends have asked how I came to engender this American antagonism. My prodigious sin was, and still is, being a non-conformist. Although I am not a Communist I refused to fall in line by hating them.”

A riveting manuscript blended with the toppling of articulation. An essence of dissemination with a gifted cerebrum which educates the readers the life of an artist who never inclined nor compromised. The quote above is from the thirtieth chapter which confirms the resistance and determination. An institution, an influence; whose artistic brilliance and extracting expressions from the silence won hearts and made him the most beloved entertainer of the 20th century. He was Charlie Chaplin a.k.a. The Tramp.

A verbal but soft revolt over the hatred or a memoir wonderfully constructed like an architect coalescing the whole tabulation with a strong grip. A case study which examines a life structure built from a struggling poverty towards solving the enigma of solemnity. A gracious gentleman with a beautiful heart, a blessing smile which can melt a tart.

He was respiring in his seventies when the pages of this incredulous book were inked. I am not surprised that the gentleman who wrote his own scripts, directed his own films, would go on write an autobiography; but what astonishes me is the chosen vocabulary. The school of words used as the text defines his individuality and indicates how indulged and fascinated was he to treasure the richness of words and then use as a sword. It is not to my knowledge nor have I quested an answer to what length has the wordings of Mr. Chaplin been edited but the introductory words by his biographer David Robinson confirms that the writing is all done by the tramp himself. The artistry of a performer has his own percussion of conveying his message and reading his life in his own words helps you step into his world and understand him.

Being a stage/theater artist, the actor knows how to bring a ‘Vow!’ among the viewers. So as the author who happened to be an artist, he drops the revelation of mystery by beginning the book with precise date, time and place of birth this way;

This is exactly the confession and the first sentence of the book which gives the reader an impression that a grandpa in his rocking chair is about to excite you with the story existed from his universe.

The first 5 chapters are very private, firsthand and tragic which speaks of his grinding poverty and mother’s mental health. Chaplin talks about the couples who were parted and the family comprised of a mother with her two children, Charles and Sydney, depended on his weekly payments of 10 shillings a week. He talks about a failing stage performer whose vocal issues ended her career and her 5-year-old son took the stage in desperation to win the spectators, collected the coins and handed over to his ailing mother.

Chaplin recounts his struggles at such a tender age when his mother was shifted to the medical care for mental sickness. The wait for some good fate and fortunes making you anxious to turn over the pages.

The quality of eagerly reading this book is that with every chapter, the reader grows his fictional age from childhood to young hood to manhood. When Charlie reaches the age of puberty, he becomes romantic so as the reader. Those readers who have watched his films would realize how romantic was Charlie and how cavernous would he go to convey his utter emotions in the silent films. Plus the account of his love affairs distinguishes in writing to grow the feeling of youngness and maturity. For example, his depiction of love for Hetty Kelly gives a warm look at his boyhood which makes your understanding of ‘love’ a bit emotional but when he speaks about his relation with Paulette and Oona, his third and fourth wife respectively, the reader grows adult like him.

At 19, Chaplin proposes 15-year-old Kelly on which she keeps silent. He determines not to meet her again but he couldn’t resist and feels regret. He meets her at her residence but he couldn’t say more than ‘Goodbye’ twice. His love for Hetty Kelly is what grieved and ached him all his life and at such an old age when he chooses to write this book, he drops a ship of theseus on the readers when he writes in chapter 6 about her;

“Although I had met her but five times, and scarcely any of our meetings lasted longer than twenty minutes, that brief encounter affected me for a long time.”

Moving from the affection of love affair, he builds his career in next chapters while landing in the United States; and in space of 10 years, he works for Fred Karno, Keystone Pictures, Essanay Studios and Mutual Films Corp. The amazement is reading an inspiring journey by highlighting his earnings. Fair enough to reveal that his earnings under contract with Karno which stood at 6 pounds/week turn into an extremely rich contract of $670K with Mutual Films Corp. payable at $10K/week. What an accomplishment in few years!

Also, the book has rich details of his life-long friendship with Mary Pickford and her husband Douglas Fairbanks from chapter.13 who later form a partnership business by the name United Artists. Under this banner being a co. owner, Chaplin makes most of his feature films and makes the company one of the leading production companies of that time in Hollywood.

For the reader’s luxury, Chaplin has enriched and highlighted some very interesting episodes from his personal account and professional career. He records many elite names he met and befriended them. In different chapters, Chaplin has covered makings of his various feature films. For me, the most interesting read is about his film The Kid in which child actor Jackie Coogan co. starred. He pens interesting story how he discovered the child and how he approached Coogan’s father.

Monsieur Verdoux is the film which covers three chapters which is quite peculiar and outlandish for me because the film wasn’t received well. There is a whole chapter about the film when it encountered the clearance issue from the Office of Decency by copy pasting their whole letter and writing the whole part of the script which was objected. I find writing this all at length redundant and extraneous; this chapter could have been easily abridged.

The reason I am pondering it too lengthy a chapter is because a critically acclaimed film like Modern Times has surprisingly very short details as compared to the others. A film based on The Great Depression and rise of the machines was a hard hitting subject but to my discouragement, Chaplin wrote only a few pages.

Two films whose omission from the book hugely astound me are The Circus and A King In New York. The former, being one of my favorite Chaplin films, was a prominent film which depicted the rise and fall of a circus while the latter was produced after Chaplin was barred from the United States and he showed his anger and criticism over McCarthyism in the film.

“All I need to make a comedy is a park, a policeman, and a pretty girl.”

Chapter.23 is among the gripping chapters of the book which details Chaplin’s tour of Japan and describes how fortunate was he to escape the assassination of the then Japanese PM, Inukai Tsuyoshi, which was committed by 11 young naval officers who revealed the plan that Chaplin’s murder would facilitate war against the US.

The most critical readings are the last six chapters when Charlie’s life meets severe turnaround when WWII begins. He has one whole chapter on his speeches for Russian War Relief. While Hoover and his FBI team begin scanning him after being accused of being the father of Joan Barry‘s child, his image meets a downfall. Also, the last phase of the book has heavy details on Chaplin’s final moments in the US and early days of settlement in Europe. 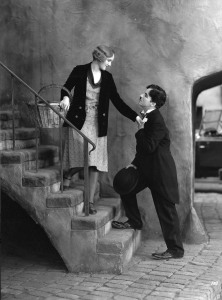 So Charlie Chaplin has covered most of his life in 477 pages but somehow he still has missed leaking or providing few details. He speaks nothing about his second wife, Lita Grey nor does he mention his half-brother Wheeler Dryden. The readers will not find any details about his children especially Sydney and Geraldine. Nor is there any word about Arthur Jefferson, his understudy while working with Fred Karno. Arthur Jefferson is Stan Laurel most celebrated for his partnership with Oliver Hardy in a world famous comedy duo Laurel and Hardy.

Another major surprise is that Chaplin mentions nothing about his frequent collaborators like Henry Bergman, Mark Swain, Eric Campbell, Albert Austin and Roland Totheroh who was Chaplin’s most regular cameraman for more than 30 films. Perhaps chapters may exceed more details in writing on these gentlemen or perhaps some other reasons. Chaplin talks about Limelight but didn’t speak about his novel Footlights which was unreleased for next six decades until it published in 2014. Footlights is considered a prequel and a fictional book which laid the foundation of producing this film.

“Loneliness is repellent. It has a subtle aura of sadness, an inadequacy to attract or interest; one feels slightly ashamed of it. But, to a more or less degree, it is the theme of everyone.”

Two things I would like to inform the readers about this book. The first point to remember is that Chaplin wrote this book in 1964, so obviously, the readers won’t have the luxury to read about his emotional return to the US eight years later when he received an honorary award for his contribution and outstanding achievements in the industry at the Oscars.

The second point is that the book should not be compared with Attenborough‘s film Chaplin produced in 1992 due to the fact that the details of the film are not precisely accurate as Chaplin has described in his literature.

But above all ‘My Autobiography‘ is a pure gift of The Tramp to his fans. Those readers who are curious to know how the silent cinema functioned in the beginning of the twentieth century should read this book and further realize how a pauper from England revolutionize the industry when the silent comedy was more focused on whacky vehicle races and pieing. His writing eloquence will melt you. A blatantly honest and easily one of the greatest autobiographies written and published.

Chaplin’s association with the companies: