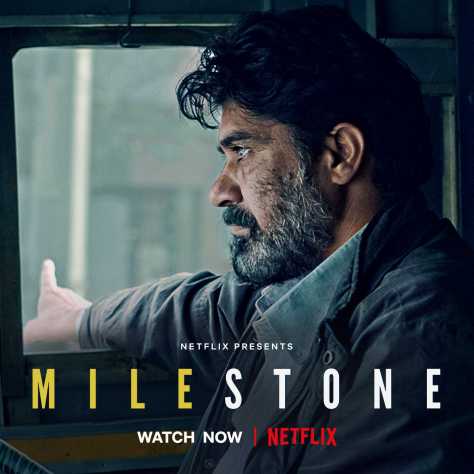 Milestone is about the fallout of a night-shift truck driver Ghalib who has recently lost his wife, has to compensate to his in-laws, has a terrible backache, has to train a new intern, has to shoulder his friend who has lost his job, and (I am not done) is in danger of losing his own job. So basically, Milestone is a 90-minute art movie about the mental and physical struggle of a broken man who is lost in the wake of tragedy.

When I watched this film on Netflix, it reminded me of the peak era of Bollywood’s parallel cinema of the 1970s and 80s when the directors like Shyam Benegal, Mahesh Bhatt, Mrinal Sen, Goutam Ghose, Govind Nihalani, and many more were producing the best of art films. Or maybe this is some homage or tribute to their works.

It is a slow-burner and may not buy the mainstream audience or perhaps even the sensible viewers. But for those who are keen to watch some really good artwork, Milestone is that product to ask your 90 minutes.

There is no music, no songs, no entertainment, simple and on several occasions very thought dialogues. Direction and cinematography are unusual. The film clearly shows that the filmmakers were serious to present quality work. 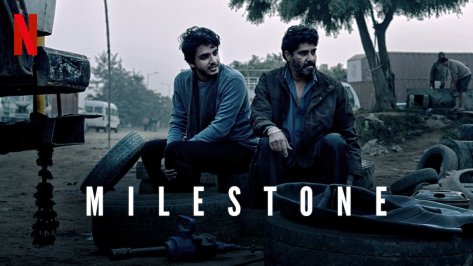 Yes, I won’t miss my usual and favorite part of the review at all, writing/screenwriting. See the story is frankly about a few days of man after the tragedy. The real piece of work is in screenwriting. Some impressive detailing and camera shots made this film sublime. The director stretched pretty much time on a few scenes that may demand attention. For example, there is a scene in the truck when the intern asks Ghalib why he left and he responds if he knows who Saddam Hussein was. The intern is blank and Ghalib stares at him. So the director exhausts the scene on the audience to understand the depth of agony and political tense when millions of Indians were stuck in the Gulf war and left in the early 90s.

Milestone has been screened in some international films festivals and has made some distinctions. This film is highly recommended to that sensible audience who are eager to watch some quality film in a 90-minute slow-burn. For me, this pretty much is one of the best films of the year.