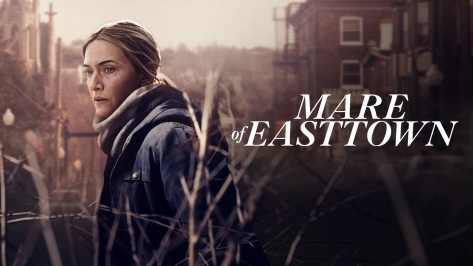 Detective sergeant Mare Sheehan (Kate Winslet) is a well-known heroic figure in her neighborhood of Easttown, a small town in Chester County of Pennsylvania. But she has faced a trembling year in quest of a missing girl that has raised many eyebrows over her detective skills. Also, she suffers the worst possible personal crisis due to a divorce, a custody battle, and a son lost in suicide. And during all this, the cops find a body in the forest park one morning. She is Erin (Cailee Spaeny), a teenage mother, who was fighting a custody battle for her kid with her ex-boyfriend.

Looking at this magnificent miniseries and the continuity of the plot, I am surprised that Mare Of Easttown is neither adapted from a novel nor is based on a true incident. In fact, I am impressed by the quality of production that they came up with such a presentation that makes the audience believe that this may all be true. But to some extent, Mare of Easttown is somehow the story of everyday people which is why it makes you believe in the bullet detailing of the screenplay. It gives you a real feeling the way the whole show is dramatized like a cop who is sensitive to blood, an old man confessing an affair at his wife’s funeral, a priest alleged for raping a minor, a mentally disabled girl bullied in the school, the old couple who tries to figure how to set up a security camera, and many more. 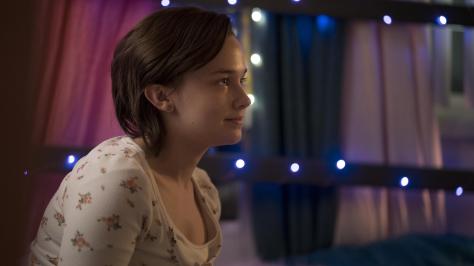 The character of Erin in the first episode is the most fitting epitome of bad social treatment. I have watched so many television characters develop well but have taken time to grow with more than one episode. But Erin whose character lived for just one episode has to be the fastest growth-developing character in recent years. It was phenomenal writing about a character that screamed louder the more she gets unsettled. Facing the hardship of becoming a mother as a teenager, she suffered rigidity from her father and her ex-boyfriend who should have emotionally backed her instead of being unsupportive. How heartbreaking it was to see Erin get beaten in the park and the ex-boyfriend doing nothing but watching and enjoying it.

All the major characters in Easttown are affected by Erin’s murder. They are socially distressed and contribute to the plot which is another impressive point of the drama. 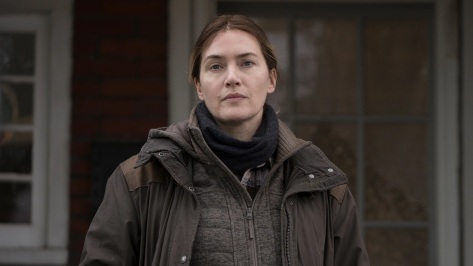 There have been many detective stories with the central character in the uniform always portrayed to suffer due to his/her line of work and in person. So there is nothing new about Mare but the reason why Mare’s typical character is picked and praised highly over others in recent times is because of touching the deepest aspects of her life very rightly, addressing her miseries peculiarly, giving enough screen length to suffocate between her roles as a mother of a dead son, ex-wife in a troubled marriage, irresolute to her line of work, and doubtful heroism that has faded since no trace of a missing child in an unsolved crime case. Mare is hanging loosely on the walls of many parallels with no success and optimism.

And the most impressive factor of all – Kate Winslet. How much do you have to influence a character to your body that the audience traces no sign of the actor’s stunning performance but feels the pain of Mare Sheehan? I am lost at how Meryl Streep a performance can be. This has to be Kate’s best performance since ‘The Reader‘. There was everything about the role, her body language, the Delco accent of the Phillys, the facial translation of emotional distress, rage, frustration, and God knows what else. The only scene in the entire series she laughed was so natural and visibly showed to the audience that her guffaw came out after all the bad things happening to that lady and was so necessary. 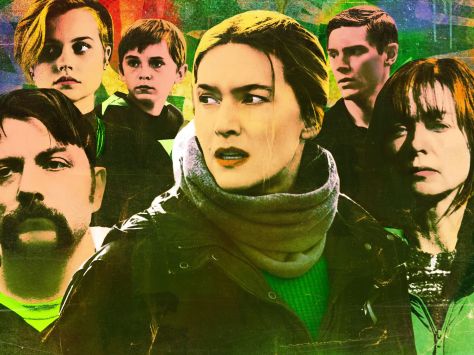 Yes, there are elements that looked pretty forced and time-consuming. Mare’s daughter Siobhan (Angourie Rice) had unnecessary sequences for her relationship with the radio jockey that had nothing to do with either plot or sub-plot. It clearly looked like this segment was dramatized to keep the LGBTQ+ community happy. The second is Mare’s love interest Richard Ryan, a writer and professor played by Guy Pearce. This character had absolutely no importance to the story and wasted quite heavy minutes in the development. In the beginning, I assumed that Richard’s character will be later linked to Erin’s murder somehow but he had no connection at all and was generally there for Mare. Giving so many minutes to his presence made no sense. The only theory that makes Richard in the story applicable is that his existence gave Mare’s unhappy life an opportunity to find positivity. She badly needed counseling so he was there. The same error in Detective Colin’s character, played by Evan Peters, who was brought to assist Mare in the crime case. First, he was awkward and I have never understood why the assistant or vice to a detective or a cop has to be a little dumb or less confident. And then, out of nowhere, Colin falls in love with Mare. Why would you do that?

But yes, the makers of the show deserve special praise for funny sequences that occurred in such a dark drama out of nowhere. Not a single time did the comedy look forced and fitted so well. Mare’s mother Helen was a source of bringing excitement many times.

Mare Of Easttown is another masterpiece that propels me to advise the television audience to prefer HBO over any network if they are willing to try a miniseries. HBO looks like a dominant force for limited writing and has impressed with many quality contents in recent years like Watchmen, Chernobyl, The Night Of, and a few more. The winner of 4 Emmies, the show deserves every credit for being one of the best suspense and detective thrillers in recent years.