I have been struggling to focus for past few months about reading this history book called ‘The Begums of Bhopal‘ written by Shahryar M. Khan, the former Foreign Secretary of Pakistan and the former chairman of Pakistan Cricket Board.

This book came to my attention when I came to know that he was the cousin of the Nawab of Pataudi which meant that he belonged to the royal house. So when I read about him on Wikipedia, I was reintroduced to his name as an author. One of the books had this title envisaging some blood connection and when I read that some of the women ruled the Bhopal state for more than one hundred years, that knowledge encouraged me to read this book.

Mr Khan emigrated to Pakistan with his mother in 1950. His mother inspired him to write this book and for the research, he used his mother’s library to read all the available books, documents, and manuscripts, even the recorded tapes about his ancestors in the state’s history. No book on Bhopal can challenge the heaviest and rich detailing of this book due to the fact of Mr Khan having the luxury of storing the most authentic sources about Bhopal.

In this book, Mr Khan attempts incredible research and enriches the readers about his ancestors in which four Muslim women rulers reigned over Bhopal between 1819 and 1926. Therefore, the length of the blood lineage of Mr Khan can be traced back to Dost Mohammad Khan of the 17th century.

This blog is not a book review. My reading to this book is merely 60 pages old but what has made my mind to write this blog is to inform you about one of the sieges mentioned in the book which was occurred in extraordinary circumstances. I would like to take you back to the chapters of the Indian history to tell you how the soldiers defended their piece of land. An example which is hard to imagine and nearly impossible to exist today.

We are observing a lot of wars, bloodbaths, riots, protests, ceasefires, political and religious disturbances between any of the two which is dismantling the way this world used to function. In these times, when all our ancestors of the golden periods are vanishing and becoming a part of history, there is a certain possibility that one day there will be no one and nothing to tell the new generations. The history books are already losing its value because of the priorities the new generations are setting to read. So it is the duty of some of us to share a part of history what we have read. Today, I will tell you the story of a siege and try to memorize you the significance of sacrifice. This is about the siege of Bhopal occurred in 1812.

Before I speak about the siege, I must enlighten you about some points which connect you towards the reason behind this siege. I will try to summarize the details.

Now I mentioned this name before, Dost Mohammad Khan. This is the man from whom the history of Bhopal is genuinely spoken because he was the founder of the Bhopal state. He was a Pashtun from the Mirazi Khel clan of the Orakzai tribe from Tirah. He was a powerful warrior who fought under the army rank of Emperor Aurangzeb.

After the death of the emperor in 1707, he was employed in Malwa‘s Rajput state called Mangalgarh by Raja Anand Singh Solanki. Solanki’s mother was highly impressed with his service and after Raja’s death, she appointed him the guardian of Mangalgarh in 1708. Dost also married their Rajput girl, Kunwar Sardar Bai, who later converted to Islam and become Fateh Bibi. Dost had 11 children. The most popular of those were Yar, Wasil, Fazil, and Sultan.

By the next year, Dost bought Berasia on lease from Taj Mohammad Khan and built his fiefdom on it. He also built a mosque and a fort and appointed a qazi (judge). He gave administrative assignments to his trusted Afghan lieutenants and persuaded his clan in Tirah to join him and settle in Berasia. By 1712, fifty of his clan people along with his father and five brothers traveled and joined him. Thus, his Mirazi Khel clan became the pioneer settlers of Bhopal and were called Barru-Kat (shrub dwellers) Pathans of Bhopal.

In 1722, the foundation of Fatehgarh Fort was laid by Dost naming the fort after his beloved wife Fateh Bibi. Bhopal’s first mosque Dhai Seedhi Ki Masjid (Two-And-Half-Steps Mosque) was also built inside the fort. This fort has never been conquered. During this period, Dost was entitled as the Nawab of Bhopal for what he did for the state. It was his charismatic leadership by which he created a Muslim state with 90% Hindu population and surrounded by a sea of Rajput and Marhatta adversaries.

Six years later, Dost died and his son, Yar Mohammad, became the second Nawab at 18. The post-Dost era was a pretty hard time in the beginning as the Marhattas began dominating over Malwa under Peshwa Baji Rao I. Peshwa, in 1736, fought and defeated the Nizam of Hyderabad. In 1740, Bajirao died and his son Balaji Rao succeeded him. Yar’s leadership lacked the charisma which his father had and his 14-year reign saw Bhopal genuflect towards the Marhattas. In 1742, Yar died of illness at a young age of 32 leaving his Hindu wife Mamola Bai behind. She was the first significant woman of Bhopal’s political history. She didn’t give birth to any of Yar’s but ruled over Bhopal for over 50 years under the name of Yar’s sons, Faiz and Hayat with the assistance of another Hindu loyalist Bijjeh Ram who was Dost’s faithful chief minister. It was ironic to observe two Hindus giving a helping hand to rule the Muslim state over a population of most of the Hindus and invoking the Islamic legitimacy in favor of her stepsons. Mamola herself adopted a Brahmin, Chottey Khan who later became her chief minister.

Faiz, the third Nawab, was a very religious man whose devotion to Sufism grew to an extent that he lost his interest in the state politics. Mamola ruled under his name for the next 35 years until he died of an illness leaving his wife behind. His wife was Saleha Begum, better known as Bahu Begum, his first cousin. Begum was the daughter of Yar’s brother Wasil Mohammad Khan, the traitor who once helped Peshwa to invade Bhopal.

The era of the fourth Nawab, Hayat, met serious crisis when he allowed his cousin, Murid Mohammad Khan, to enter the Bhopal state in 1796 (a year after Mamola Bai died). Murid was the son of the conspirator Sultan Mohammad Khan, who once attempted to claim the title of Nawab from Yar once their father died. Murid was a pure villain and treacherous. In 1797, he killed Hayat’s wife and later called Marhatta leaders for support to take over Bhopal state. Hayat summoned Fazil’s grandson, Wazir Mohammad Khan to take the charge. Hayat and Wazir with 1000 tribesmen were assisted by Kuli Khan, the jagirdar (landlord) of Ambapani and defeated Murid in the battle where his other opponents were Bala Rao Anglia of Gwalior, Raghuji Bhonsle of Nagpur, and Amir Khan of Tonk with a force of forty thousand.

Although the opponents tasted a bitter defeat and the Bhopalis defended their state under Hayat but it was Wazir whose heroics earned the highest reputation hoping to revive the legacy of his great-grandfather, Dost Mohammad Khan. Almost 70 years to Dost’s demise and their people missed that leadership quality among Yar and his sons Faiz and Hayat. In fact, it was Mamola Bai most of the times when she ruled with proper care under their names.

Wazir became the deserving commander-in-chief in 1797. He recovered many territories which were lost under Hayat’s rule. His growing reputation became a huge concern for Hayat and his son, Ghous Mohammad Khan. Wazir and Ghous were rivals but Ghous had permission by his father to exercise the powers of Nawab. After all, Ghous was next in line. Wazir had no interest in the power, he was a born warrior who wanted things to go in the best interest of his state.

Sensing a possible threat from the powerful neighboring states of Gwalior and Nagpur who were recently defeated, Wazir negotiated with the British in 1804 to support them against the Marhattas. This may have proceeded in a mutual agreement if Ghous wouldn’t interfere. His enmity for Wazir was so venomous that in 1807 when Hayat died and he became the fifth Nawab, he banished Wazir from Bhopal and made treacherous deals with his rival, Daulat Rao Sindhia. As per the deal, Ghous was willing to surrender the Islamnagar Fort, pay four lakhs of rupees in cash, present an annual tribute of 50,000 to Sindhia and 11,000 rupees to his public officers.

With this deal, the British drew themselves back because they were obviously unsure of Bhopal’s commitments. Looking at Ghous’ impotency, Raghuji Bhonsle took his chance to take revenge from their defeat and sent a colossal force of 40,000 under a Muslim general, Sadiq Ali.

Wazir on his tailless horse Pankhraj took a temporary residence in the Ginnorgarh Fort, an ancient fort built in the times of Gond Rajas. Areas of Hoshangabad and Cheynpoor Barree were taken by the Nagpur army.

Sadiq Ali stayed for six weeks at Bhopal, took Ghous’ eldest son Moiz as a hostage and returned Nagpur. Sindhia besieged the evacuated Rahatgarh Fort. Wazir scrutinized the security on the fort weaker enough to confront and overtake. After taking the fort back, he determined on an attempt to return for the rescue, kick the Nagpur force out and take the control from here.

There was no way the state would trust Ghous as their leader. Wazir accused him of treachery and banished him to Raisen fort. Ghous remained Nawab but with no authority to exercise. The situation was alarming after the omen which Ghous brought on the Bhopalis. In 1812, the states of Gwalior and Nagpur who had differences with each other during this period, resolved their issues because both had a common enemy to deal with.

Daulat Rao Sindhia and Raghuji Bhonsle joined hands to defeat Wazir, invade Fatehgarh Fort and take over Bhopal. Their collective Marhatta army of 82,000 under the generals, Jagua Bapu and Sadiq Ali, marched towards the state of Bhopal to the siege. Bhopalis faced the greatest crisis and the toughest times in their history.

How possibly would Wazir defend his state and his people against the mighty Marhattas this time? 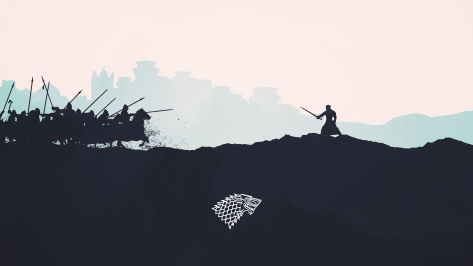