Half a year is done and I forget to write a blog on my picks from different categories of Bollywood films. I did this last year for 2014 edition. I hope I am not that late as time pass swiftly nowadays.

Like every passing year, Bollywood’s growth increases worldwide but the quality and standard of the film decreases. Recognition nowadays among the actors is star-power and among the leading actresses is the one with useful skin-shows. Above all you insured to be more successful in this industry if you have a strong background and belong to rich people who are industrialists, politicians, businessmen, military or in same cinematic profession. The unlucky ones have to join parallel cinema with more brain and wisdom among the cast and filmmakers.

In recent years, there has been change in atmosphere as the artists of parallel and entertaining cinema are involved in same projects and work together. Some sensible writers and talented directors work with involvement of more production companies. Some of the films from last year have been highly impressive and these were those which were not eye-catching in box-office collections.

What disgust me was pathetic inclusions in nominations for different categories in their recognized FILMFARE awards. Tragedy is that the functions are not worth and are more focused on high-level tcp ratings. If you notice, many many big names of the industry are absent and are disappearing in years. People have lost interest in FILMFARE because the functions are bias and predictable. Awards nowadays are won not by right and deserving candidates. Forget about winning, when the nominations are announced the viewers go insane because of plenty of blunders.

From below the categories, I will try to speak some lines where I see FILMFARE at huge fault. Like last year’s blog, I will divide the categories in three sections i.e., Music, Technical and Major. My selections are purely my honest selections to what I believe was deserving. Some of the categories do not need details because it is unnecessary. With the name of winners from each category, I will mention other names who deserve to be the other bests. So here I go; 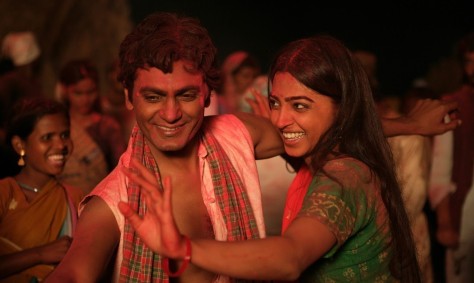 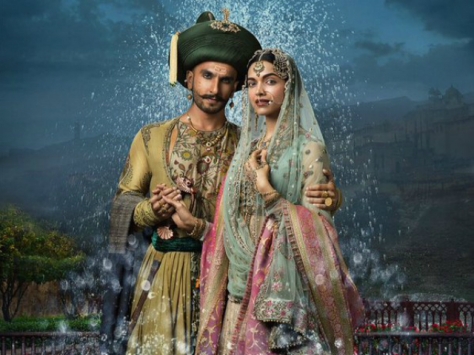 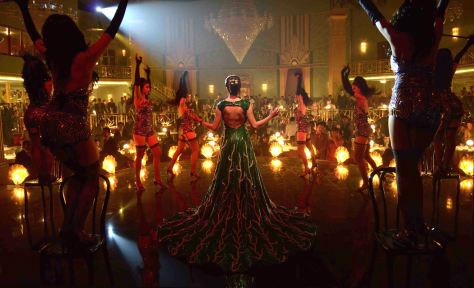 Imagine a boy from extremely poor background, whose ancestors have history of working in profession of burning corpse and a girl from upper caste begin loving each other. And one day, after exchange of a lovely relationship for weeks, he happen to see her dead body in his working site brought to burn the corpse! We don’t see such tragic moments in young love stories like this. It was an intimate scene and full of intensity. There come this scene and the obvious case is more grieving. Vicky Kaushal‘s presentation of agony is unexplainable here. I could not find a HQ video of the scene. I have no doubt this is the best scene shot in any film of the year. 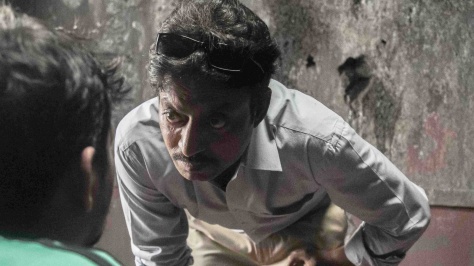 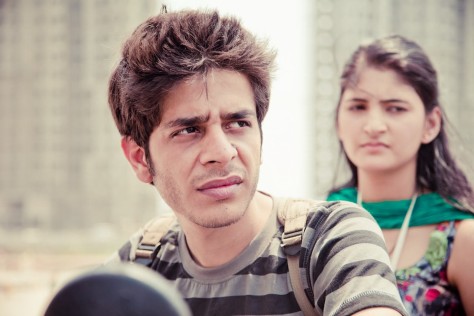 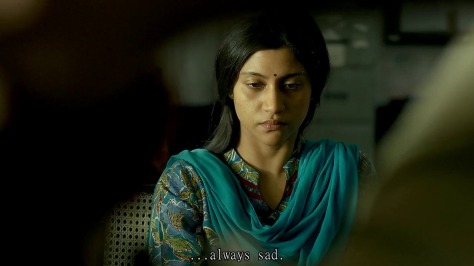 Konkona don’t need any introduction. Open her filmography and you will find dozens of impressive roles she has played in her acting career. Talvar is another addition in her CV. She along with Neeraj Kabi displayed one of the best supporting performances in recent years and guess what, she wasn’t even nominated in Filmfare for this category.

The year 2015 was remarkably a year for best male performances in supporting roles. Title was a trinity of performances between three brothers. Anil Kapoor developed his skills playing role of angry father in Dil Dhadakne Do. Neeraj Kabi brought all his theater experience in Detective Byomkesh Bakshy and Talvar. Vicky Kaushal turned out to be one of the most promising newcomers in Masaan. Karan Johar was the surprise package in Bombay Velvet and Ashraful Haque did superb job as Manjhi’s father in his final film.

But above all it is the actor in his heydays who is building a very strong career making his name in almost every film. Nawazuddin Siddiqui in Badlapur is someone you would like to hit and slap as much as hard you want. He gives a lot of energy to his villainous role and don’t even feel bad for the guy who lost his family. His character has shades and changes color like chameleon. He and Varun, the two leading actors of the film are two sides of the coin begging for mercy. 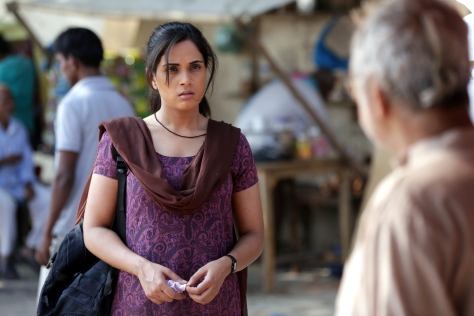 It wasn’t a year of extraordinary performance by the leading actresses. Then Richa Chadda happened. She is Devi Pathak in Masaan who was caught with him by the police in the hotel for obvious reason. Then her struggles begin to make a life of herself by switching jobs but cannot afford a payment of hefty bribe the policemen ask her and her father for the video they made in hotel. It was tough to decide the winner but then I decided that Deepika for Piku was the closest and second-best to her.

How rude and disgusting that such performance wasn’t appreciated enough to be nominated in Filmfare for the same category. More to a mockery, Kajol and Sonam Kapoor were gifted places in the category for Dilwale and Dolly Ki Doli whose performances were no where in comparison to this.

Other Notable Performances: Besides Deepika Padukone for Piku, Anushka Sharma did a terrific job in Bombay Velvet as Rosie the Jazz singer. She performed impressive facial expressions in numbers like Fifi and Dhadaam Dhadaam. Then there is Bhumi Pednekar (Dum Laga Ke Haisha) who gained 30kg for the role of an overweight wife and made a stunning debut, was also ignored by Filmfare in the category. And why should I not count lil’ Harshaali Malhotra! 8-year-old child actress made promising debut as Munni in Bajrangi Bhaijaan and was the only shining moment in the whole ridiculously garbage film. At this tiny age, she showed a character and discipline of emotions on a dolly face.

It will be a sin to overlook such astonishing performance. It will be a mockery to consider it only one of the best performances. His star is shining brightly in recent years but this performance need an author to release a book full of praise. I hardly have seen actors reaching closest to the perfection like J.K.Simmons in Whiplash or DiCaprio in The Revenant worldwide but in India, it is hard to bring that so much in the artistry to present a character what Nawaz did in portraying Dashrath Manjhi.

Nawazuddin’s title role of Manjhi is full of life. You want a father or a husband, you want a man of his principles or determination, you want an example of sacrifice and hardship and last but not the least you want to see a man who broke the mountain to honor his wife he loved the most in entire life – there you have all superbly defined.

When it comes to emotions, this actor has no boundaries to express. A facial performance is very vital in acting and keen learners of theater always win the performances. He easily is the best actor for last year.

Some readers may get confused of not picking Manoj Bajpayee for Aligarh. Let me clear, the reason I omitted is because the film is released in India this year in February. The closest to this competitor was hugely/heavily ignored Shashank Arora for Titli.

Omission of Nawaz for Manjhi from the last Filmfare Awards easily is one of the most shocking blunders in their history. How disgusting and utter disappointing is to see the genuine winner not included in the nominations but Salman Khan and Shah Rukh Khan for Bajrangi Bhaijaan and Dilwale respectively! This shows the standard of Filmfare nowadays and ridiculous selections by the judges of these panels.

Yes he is and I am not surprised. A silent and dark tale of two characters hanging on different corners eagerly waiting to leave a mark on each other. It is about making an extraordinary film from an ordinary script. We have watched films when the leading actor loses the one he loves and plans to take revenge. Same goes here but with same story, it easily distinguishes from other films of the past thanks to Sriram’s directional artistry.

What propels you is the building of intensity on Raghu (Varun Dhawan) when he loses his wife and child in very first scene. The rage factor of Raghu is where he work out, the way he beat or hit few characters by hammer is violent and loud to your ears. With time much to offer, Sriram builds the leading character very well. He is excellent on bringing the best of the leading performer as he did with Urmila in ‘Ek Haseena Thi‘ and Neil Nitin Mukesh in ‘Johnny Gaddaar‘.

Other Notable Performances: The closest competitor to Sriram is Shoojit Sircar for Piku. Meghna Gulzar for Talvar was surprise package. I found Anurag Kashyup‘s direction for Bombay Velvet very very impressive as the film was hugely rejected by the viewers. Neeraj Ghaywan was also fantastic keeping a balance between two different stories in Masaan.

Piku (Deepika) plans a trip to Kolkata with her dad (Amitabh) but none of Rana’s (Irrfan) cab drivers are available. So Rana decides to serve them and the real fun begins. This is a freshly-baked comedy-drama film with mehfil-loot performances by main actors. Father-daughter chemistry is terrific and the characters development is right on spot.

Piku is a beautiful slice of life or your favorite cup of coffee, a mind freshener giving your energy an extra-boost because the flow of the film builds on you. A combination of brilliant story, screenplay and dialogues make this very-original film exciting for the viewers and can be repeatedly watched.