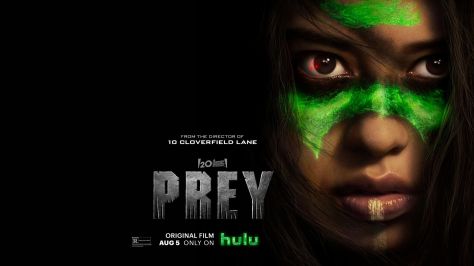 Naru is a young Comanche woman who, along with other tribal people, lives in the Northern Great Plains in the early eighteenth century. Seeking recognition amongst men by becoming a hunter, she witnesses a spaceship in the clouds. Later on, some brutal animal killings make her realize that this hunter is enormous in size and not a human but no one believes her until the predator steps into their territory and starts killing her people and animals.

Prey is a prequel to the Predator franchise, a celebrated science fiction horror series that established cult status in the 1980s. After producing four Predator films and multiple crossovers with Alien, an idea was coined to work on the origins of the predator. I find it an interesting idea to develop a predator’s origins to be traced three hundred years back, an idea that is applicable due to its being extraterrestrial specie. Plus the idea of such a specie in the historic setup is pretty fresh. 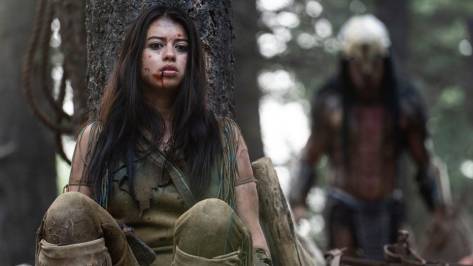 What makes Prey more remarkable is the technical brilliance maneuvered in a Comanche subtlety. How fascinating it is to watch authentic portrayals of indigenous North Americans! It never looked like Prey fell into stereotypical portrayals degrading the particular communities into something one-dimensional. This was certain because film producer Jhane Myers is a Comanche and belongs to a Blackfoot Confederacy.

How captivating are the camera work and the directional value enhances the slow proceedings without haste with Naru as the central figure struggling to build a repo. Until the predator shows up, the screenplay is well settled and the audience has been made fully excited to make guesses about how on earth is Naru going to fight herself against such a creature. 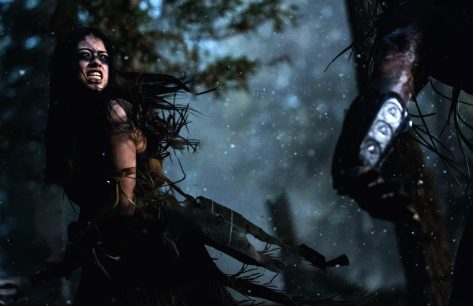 It is a win-win impetus when the feminine portrayal of struggle and gallantry is well dramatized. Naru is Wonder Woman in the Predator’s world. Her heroism never fades and at no point does the story takes the liberty to drop a foolish act of exaggerating the screenplay for the sake of entertainment.

Prey is dark, plunged into appealing action sequences with the strong support of Dan Trachtenberg‘s direction and the lively appearance of Amber Midthunder who never makes you dull and dizzy in limited plotting. The life of tribespeople is well dramatized and emphasized in their usual routine by the break of the morning. Observe, the first scene and another that occurred in around twenty-eight minutes with Naru waking up and looking at other people leaving for work. 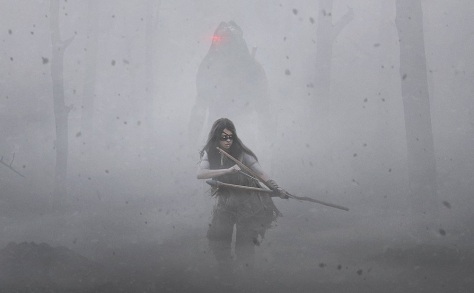 There are pretty few minuses but the one that reflects my dislikeness is not making the whole film in the Comanche language. The realism would have met its utter respect and authenticity if the Comanche people were merely speaking their own language instead of English.

Besides, I feel Prey has done its part and there is no sign of getting disappointed at all. This film has upgraded the cult interest of the global audience for the Predator franchise and holds a lot of promises for Predator’s future prequel films continuity.