WHO IS TARIQ ALI?

Tariq Ali is a well-known British political activist and author of many significant political and historical books like 1968 and After: Inside the Revolution (1978), Clash of Fundamentalisms (2002), Bush in Babylon (2003), 5 novels of his Islam Quintet, and many more.

Born to a Pakistan Times journalist Mazhar Ali Khan and one of Communist Party of Pakistan (CCP)’s founding members Tahira Mazhar Ali Khan, Tariq Ali inherited Marxism and journalism from them. But more than that, Tariq Ali came to prominence through activism and being part of some social and political rallies. He became part of the New Left and also joined the International Marxist Group in the late 1960s.

Tariq Ali was the president of the Oxford Union in 1965 where he met Malcolm X. He also conducted an interview with John Lennon and Yoko Ono for the Red Mole newspaper in 1971. The Rolling Stones’ most political song “Street Fighting Man” was written for Tariq Ali after he participated in the infamous 1968 anti-war rally at London’s US embassy. He also wrote a screenplay for Oliver Stone’s 2009 documentary ‘South of the Border‘.

THE BIRTH OF THE BBC PROJECT

Tariq Ali’s book ‘The Leopard and the Fox’ was published in 2006 but the inception, of what became a British problem for the broadcasting company tackling with the foreign policy, occurred twenty years back. In mid-1985, BBC’s Head of Drama, Robin Midgley approached Tariq Ali and commissioned him to write a three-part limited series about the trials and execution of Pakistan’s former prime minister and the founder of Pakistan People’s Party (PPP), Zulfikar Ali Bhutto. The author agreed and worked on the story for the next few months.

At the beginning of the next year, Tariq Ali had completed his writing. In fact, the discussions went to the next phase about the casting for the political characters where Ziya Mohyeddin and Naseeruddin Shah were opined to play General Zia-ul-Haq and Bhutto respectively. Further discussions suggested that the makers wanted Angelica Huston and Sian Thomas to play Benazir Bhutto and Nusrat Bhutto respectively. But things stood without motion and in a few weeks, the proceedings halted when the hierarchy of BBC took the rounds of reading Tariq’s script in its entirety and asked Tariq to meet and discuss.

Eventually, the meetings failed to reach some agreement and the project was shelved after the script made the big bosses uncomfortable. The fire that was to rise, the spark that was to shine, the flame that was to ignite, all watered down.

WHAT WERE THE ODDS?

The most obvious reason for that the BBC dodged and overlooked the production is the interference of the government who didn’t want to bring their position on the West fighting the Russians in Afghanistan in jeopardy. General Zia was the US’s most valuable ally and airing a limited series about Zia in a negative portrayal would have risen the political eyebrows and questioned their government about their cooperation and commitment.

The American interests came between the productional body, and the environment within the BBC became more political than the upcoming BBC show. This gives an impression that perhaps BBC wanted to air a show that pleases American friends. But they made the mistake of offering the project to Tariq Ali. Maybe because they were not aware of his rebellious nature. Tariq Ali had been in the rallies against the Pakistan military and the US wars in the past. So I refuse to believe that they were not aware of him. It is just an assumption.

But it is quite awkward from the British part that BBC will make a mistake to offer him. Tariq Ali landed on British soil for the very reason of his anti-military nature. His military uncle warned his parents that he will not be able to protect him if he continued his lobby against the military. Therefore, his parents moved him to the UK and admitted him to Exeter College, Oxford to study Philosophy, Politics, and Economics (PPE).

If things were not going in BBC’s way, they could also have changed the writer with a new script draft instead of shelving the project. So I am not sure about the circumstances.

THE BOOK, THE BAD, AND THE UGLINESS 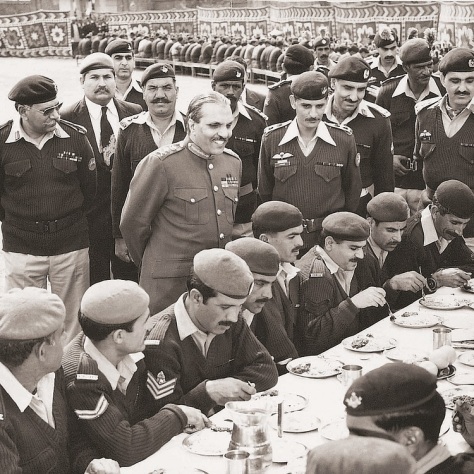 106 scenes in 167 pages were written about the final days of Bhutto. I am believing that all that was written was not at all true but partially fictional. Because if 80% of what is all written in the book is accurate, the book richly deserves to release its television adaptation.

Being a film critic myself, reading a script based on Pakistan’s infamous political event that set the example of the most brutal military dictatorship and authoritative enforcements made me visualize how the military meetings and suppression of the Bhuttos in the book would have made it on the camera. Imagining Rawalpindi aerial shots with the demonstrators clashing with the police, the sound recording of the bullets firing on the roaring protestors, and the sound of tear gas would have given adrenalin if the chosen director would have shot this with meticulous care. Imagine someone like Oliver Stone, Roman Polanksi, or Ridley Scott shooting this demonstration scene.

Bhutto’s parties were written that develop a dubious environment where chess players find corners to establish evil whispers and understand the political game. Whiskey was a common drink in the entire book and it is an open secret that Bhutto was addicted to drinking. The military is portrayed not as a powerful force but puppets who are to follow the orders of the outsiders and change the political environment. The military maintains innocence and tries to convince that they have no ambition in politics. Bhutto has a dark theory since the start of the book that they wanted their head and bottoms out of leadership for purpose.

Reading this book got exciting when the script began to scream where Bhutto was losing his strength as the country’s leader and the military was about to take the advantage of his jaw-dropping speech. The intensity of the story from scene 33 is unusual. The buildup of the military’s takeover and Bhutto’s first two arrests are written exceptionally well. It gives you that horror that you do not ask for while you try to say peace at night and suddenly all hell breaks down. The application of that hell was gripping.

Some references were funny, interesting, and thoughtful. Like Bhutto mentioning Kissinger’s curse, and the wife of a famous politician who stole panties in Marks and Spencers. No name was mentioned in the book as the incident was enough to guess who brought shame with this crime of shoplifting. It was Wali Khan’s wife Nasim Wali Khan who was caught red-handed at Kensington in the late 1970s. There is an interesting guess when the Chief Justice asks the judge if he has a nephew in the army. That would be the author Tariq Ali himself who was a nephew to a military uncle.

The courtroom scenes were pretty short and Bhutto’s episodic speech ran with the change of dates. Here, I expected broader detailing because a story like this humongously demands an enormous courtroom scene where the trials and tribunals make the reader (and the television audience) pessimistic and thoughtful at the same time. A specific courtroom scene edges you to incline on one part of the theory but the book in its entirety is strictly biased towards one side. I feel some portions of writing must have compelled both the leopard and the fox to challenge the goods, the bads, and the ugliness of their characters. I am on Bhutto’s side but as a reader or an observer, I wanted to see both the parties being judged on the same scale, I wanted to see the wrongs of Bhutto and the rights of General Zia too.

I also wanted to realize how the episodes were separated. There is no division of episodes at all. Pretty sure the story didn’t conclude well. I mean the reader knows how the story will end but unfortunately, the technical finishing was missing. After all the buildup of Bhutto’s final days as the leader, the trials, and Zia’s martial law, the story abruptly ended in a jiffy.

The book holds a lot of questions. Reading both the appendices is a must. Because when you read those appendices, a lot of theories and questions give birth. The value of the subject is computed. The assumptions and probabilities from the trials and the military meetings are figured out. The complexity of the global politics that was played in the 1970s, the conflicts that were raised from the West, USSR, Gulf, and the South Asian countries were vast and the talks were unprecedented. Writing aside, a history check is a must. 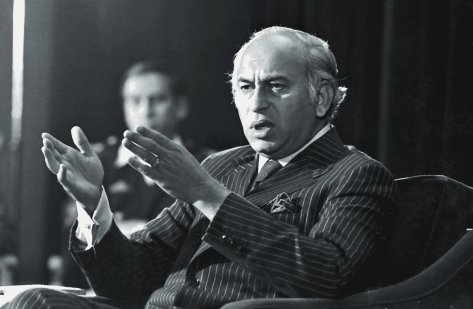 Why do the Americans want Bhutto’s ass out of the equation as the ruling head? Was the then US government giving orders to the generals in Pakistan? Was Bhutto’s execution necessary? Were the judges involved in the conspiracy?

Anyone can read this book. The book has a simple vocabulary. No strong advanced literature. It is a script, you may imagine as a theatrical play. The Leopard and the Fox is not a history book but a play about history. So you may say that the writing is inspired by true events.

Is reading this story important? See, if you are looking for some answers, you may not get it but reading about this infamous event will give birth to an idea that changed Pakistan’s political situation forever. For those who seek, they can learn a lot of deal about one segment of international politics.

It doesn’t matter if you were or are on the leopard’s side or the fox’s because the painful fact is that between the lines of Bhutto-Zia political rivalry and the interference of the then American government, it was Pakistan as a whole that met social, cultural, political, and economic damages and couldn’t ever recover after that. 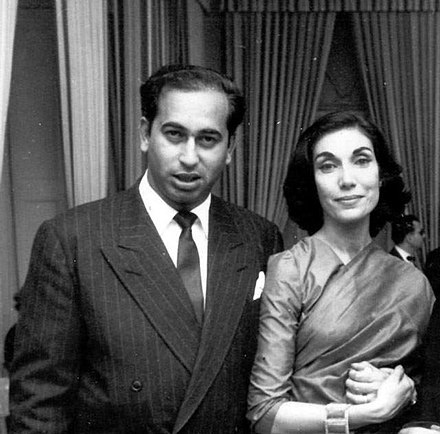