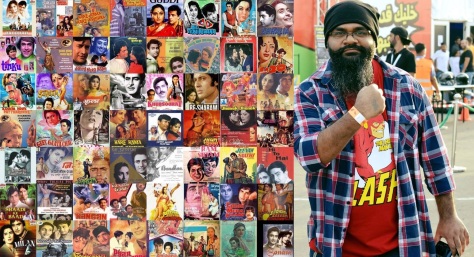 I cordially welcome to my 6th annual Bollywood honors report.

In the past three decades, I have observed that many showbiz platforms, especially the most prestigious Filmfare, do not do much of the justice with their Hindi-language films with their ultimate decisions about the nominations and wins. So, many ‘good’ work doesn’t get the credit.

Since 2014, I have been publishing an annual report on my blog about the Hindi-language film industry of India. The purpose of this report/blog is to inform my fellow cinephiles about the better prospects of filmmaking in the film industry and making them aware of the rich quality of films that either caught the viewer’s attraction and received the deserving praise or unluckily went unnoticed and unrecognized. Following are my previous reports about the best of Bollywood:

My judgments are based on the realistic measures fetched from the films whether those are big or small budgeted, comprised of an ensemble or lesser-known cast. No compromise on quality. Every year, I dig around three dozen potential Hindi films, watch, and judge, pass the reviews and note down the artistic and technical excellence.

Once I am done with all the selected films, I decide by finalizing the works and pick the winner.

So how this all works?

The wait is over…

Allow me to honor Bollywood’s artistic and technical excellence of 2019 according to Sami Naik. 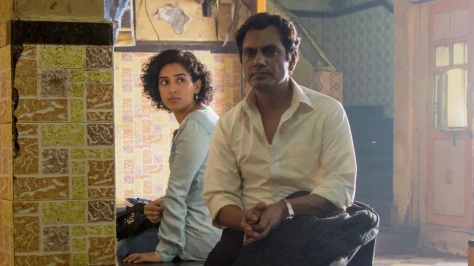 To be honest, I decided the winner between the three best songs of 2019 unsurprisingly from the same film; Doori, Apna Time Ayega, and Azadi. All three songs were the outcry on social problems and rebel rage. Azadi was the one I felt the best with much deeper commentary. 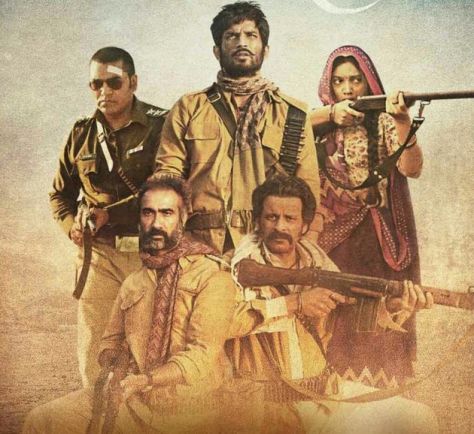 MANAS MITTAL (THE SKY IS PINK) 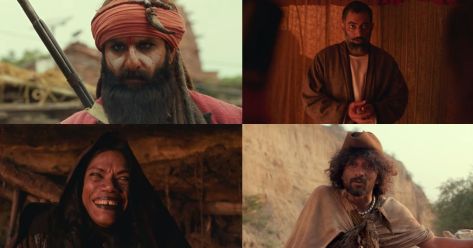 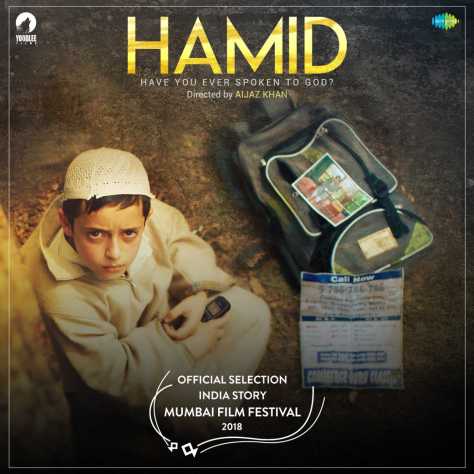 Yes, it has to be Hamid. People tell me that Bollywood doesn’t make good films. The point is if Bollywood is coming up with quality stories, yes. That is the other thing if viewers are ready to accept or not. Article 15 raised the equality issue and Upstarts was a much-needed push for the people who create a startup with dreams of building it big. Section 375 was a courageous effort of depicting a misleading part of feminism and Photograph was a situational drama about the meeting of two very different people. While Gully Boy was about the struggles of the street rappers.

Hamid is a completely different plot than any 2019 film I have watched. Hamid is an impressive, heartbreaking and emotional story about a 7-year-old kid in Kashmir who has lost his father and his relatives comfort him that his father has gone to Lord to do some work. Desperate to meet his father again, he quests for some source to speak to God in all innocence. 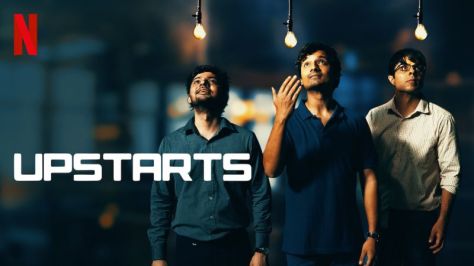 I am much focused on screenplays whenever I watch a film. The entire film can drop your emotions wherever the screenwriting falls flat. It is a very essential part of filmmaking. People hardly know about this film and astonishingly is the best screenwriting against many excellent writings of 2019 for me.

Let me tell you why. In almost 120 minutes of the screen time, writers Ketan and Udai (who is also the director) tell you about some friends who think about creating a startup and convincingly fit all the phases of business cycles. The film neither runs in haste not goes slow. The pace is neutral and the story easily grows on me. It is not easy to tell all the business phases in precision in given limited screen time. And that is why for me, the screenplay of Upstarts is the best. 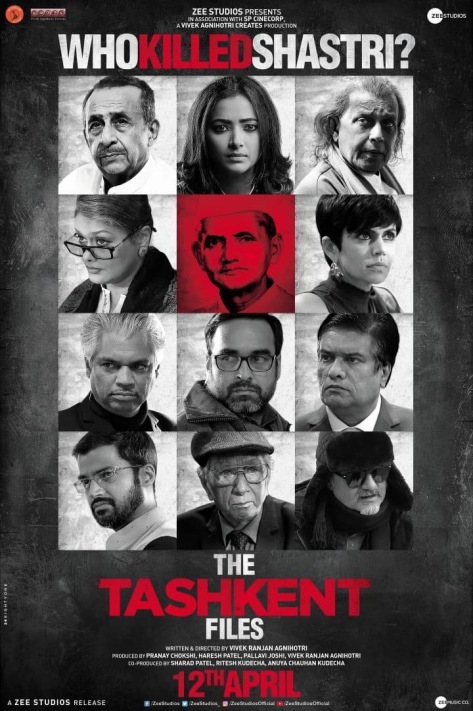 I don’t know if anyone will agree with me but this film actually had the most contrasting dialogues than any film last year. A young journalist gets an assignment to solve the decades-old mystery about the assassination of the former prime minister of India, Lal Bahadur Shastri. She gets a place in a committee to dig into this matter where different kinds of intellectuals sit and argue.

So for this kind of political thriller, the dialogues require a terrific momentum of an intellectual conversation, history talks, rumors, blames, heated arguments, bold and bullet criticism, and I believe Vivek Agnihotri nailed it. Impressive dialogues were the main reason that the loud performances of such an ensemble cast doubled the worth of this film.

This may be unpopular or unexpected choice after watching all the films of 2019 but I found this 8-minute shot one of the best things ever happened in Bollywood in recent years.

This is when teacher Anand Kumar orders his students to perform a street act outside the school for 20 minutes strictly in English without uttering a single Hindi word. The next day, the kids strive out in front of the scores of students and get an outrageous response. The spectators roar to leave and the performers refuse. In repetition, the performers somehow finds the way to extend the act by giving an unexpected entertainment for which they didn’t prepare for. The beauty is that Basanti Don’t Dance naturally happens without the teacher’s instructions with the help of the spectators and angry response by floor beatings.

This crazy segment was deep, dark, bizarre and a remarkable commentary of class divisions. This was an astonishing presentation of a mind-blowing provocation against classism. Ganesh Acharya’s superb choreography and powerful performances by those youngsters gave that lengthy sequence a distinguished quality of filmmaking.

Not MC Sher from Gully Boy? I am afraid not. I admit it was, without any doubt, a wonderful performance on his debut but my opinion is that it is the popularity of the character and the performances leading to his favor, especially in the awards function. Tremendous confidence in the role he played but there weren’t many minutes to invest for acting than the focus was on his performance. I think Murad’s other friend Moeen had a much sensible performance.

Another factor that the readers must understand is the comparison with the other supporting roles. There were other actors last year who I believe certainly did better than Siddhant. In my mind, two were the closest in this honor, Deepak Dobriyal, and Vishal Jethwa. Deepak’s case was highly physical and Vishal’s case was mental. Deepak has the experience, Vishal is a 25yo debutant whose incredible villainous role in Mardaani 2 caught our attention. Vishal’s facial performance and killer eyes brought horror in the script and gave a memorable performance which will certainly remind anyone of Ashutosh Rana’s earliest success in Dushman and Sangharsh. Imagine, both Dobriyal and Jethwa were not nominated in this category in Filmfare! 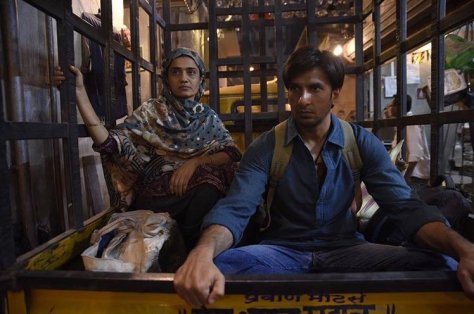 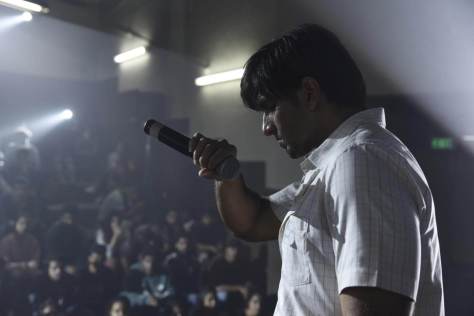 I never thought Ranveer will ever impress me but one thing was for sure that his energetic charisma can get the use of better promises. He needs a director who can develop his acting potentials and here we are. Zoya picked the right man for the role. Ranveer is naturally the perfect Gully Boy.

An escapist and socially furious Murad is lost in the troubles from his domestic life and love affair. Addicted to his passion, he raps his social commentary and inclines towards the changes in the coming times.

I don’t know how did Alia Bhatt win Filmfare in this category. Technically, Alia’s role in Gully Boy is more of supporting as the film is completely centralized on Ranveer as Gully Boy. More bizarre was Bhumi not being nominated for her performance in Saand Ki Aankh but won the critics award.

Anyway, why Bhumi? She plays the role of an old villager and the portrayal is spot on. She brilliantly gets hold of the Haryanvi dialect and superbly adopts the mannerism of an old woman. Observe her walking style, rage, facial expressions and all funny scenes with Taapsee. This is Bhumi’s best performance to date and I found her to be the most impressive in executing her role.

Priyanka Chopra (The Sky Is Pink)

SHONALI BOSE (THE SKY IS PINK)

This was a difficult decision. The tie was between Zoya and Shonali. Why I chose latter is because she took a very sensitive subject to its utter depth and also directed a few shots which hit straight to the heart like the couples arguing over transplant in the hospital, Aditi’s first mental collapse, Niren falling on his son’s lap and crying and many more. Shonali had a tough time in developing the characters due to different time periods.

What other film wins this honor than Gully Boy? There is no strong competition. There do are excellent films as mentioned below but none comes close to this. Gully Boy is the outcry from the slums of Mumbai where Murad is stuck in his tense domestic life and for escapism, tries to focus on rapping and does the social commentary.

Gully Boy, from all sorts, was a unique cinematic achievement where the voice of a lower-middle-class common man was whispered and the struggle of street rappers was depicted. I wish Gully Boy had made to the final round of the Academy Awards for the foreign-language category because this film was the most potentially acceptable film from all standards to reach the Oscar.

Gully Boy is full of energy and covers a few significant aspects like parent abuse and child labor. The story, screenplay, and dialogues are so carefully worked that the film easily grows on the viewers. Then the characterization also goes in favor to apply on remarkable writing. Some very impressive characters in the support develop the plot. The brilliance in the musical numbers does the rest.

Thank you for reading my annual Bollywood honors report. I will return with a new report next year. Share your opinion below. Stay safe.